This is an exciting 40 minute cruise from Hout Bay harbour to Duiker Island the Seal Colony where you can view thousands of wild Cape Fur Seals, close up in their natural habitat.

There are 35 species of seals in the world. Duiker Island is a Cape Fur Seal and bird sanctuary, home to thousands of seals and many birds such as the Cape Cormorant, the Bank Cormorants, Black Back Gulls, Kelp Gulls and Hartlaub Gulls.

It is illegal to go onto the island. The majority of the seals on Duiker Island are males waiting out their time until they reach the right breeding age, which is between the ages of 8 to 12 years depending on their size. Duiker Island is not a breeding colony as the sea can get very rough and the pups get swept off. The island is most densely populated from January through March due to the seals moulting. During this period they do not go off in search of food but rely on fats they have stored in their blubber.

Breeding is a continuous cycle and takes place in November/December in breeding colonies around the coastline of South Africa and Namibia. After fertilization there is a dormant period of 4 months and thereafter development continues, making the active gestation period 8 months. The pups are then born in late November early December. A cow usually only has one pup at a time when she reaches the breeding age which is 4-5 years old. She knows her pup by its smell and call and she will only mother her own offspring. Pups are entirely dependent on milk for the first 6 months. They are weaned between 8-10 months old.

They grow quickly and start to swim at 6 weeks old. By about 7 months they can spend 2-3 days at sea on their own and can already swim long distances. It has been noted that tagged seals have swum from Cape Town to Cape Cross in Namibia, a distance of 1600 kms at the age of 8 months. The Cape Fur Seal dives to a depth of 36m on average but diving abilities varies between species. Their ears and nostrils close tightly when they dive and they cannot breathe underwater. Even while sleeping in the water they have to surface to breathe, every 10-15 minutes for young ones and 30 minutes for the adults. 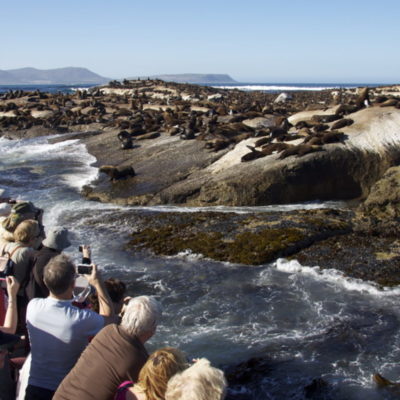 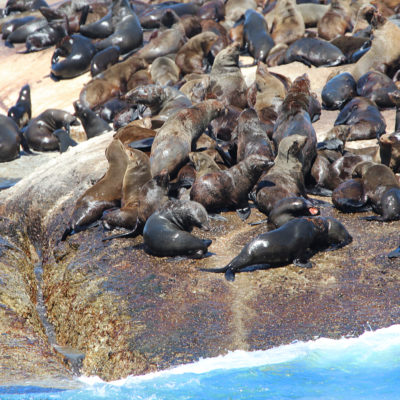 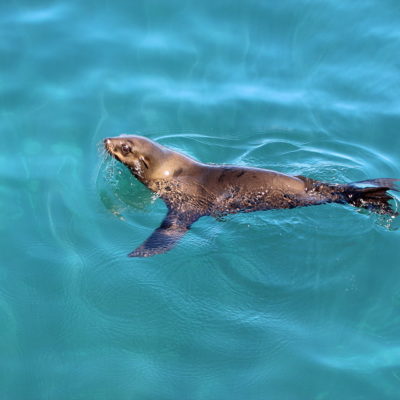 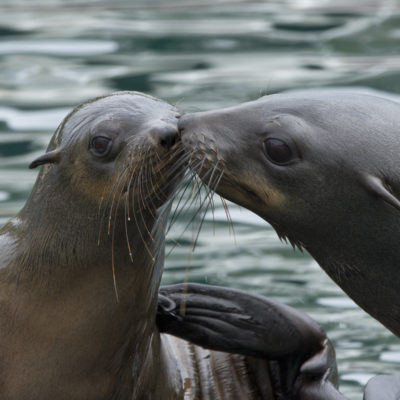 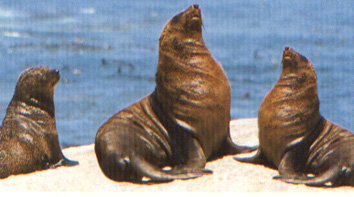 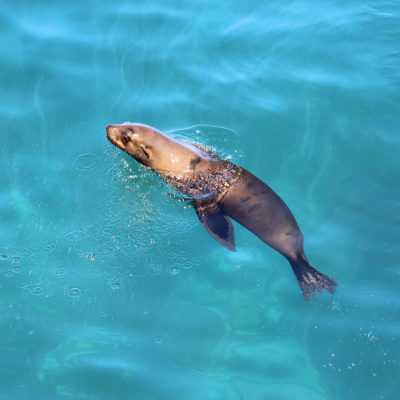 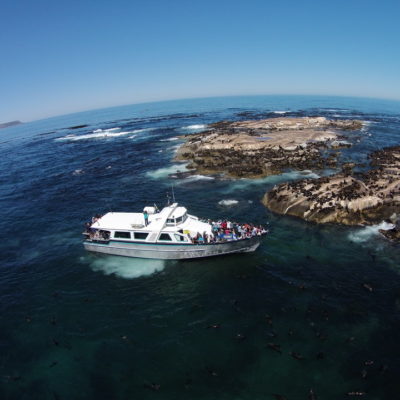 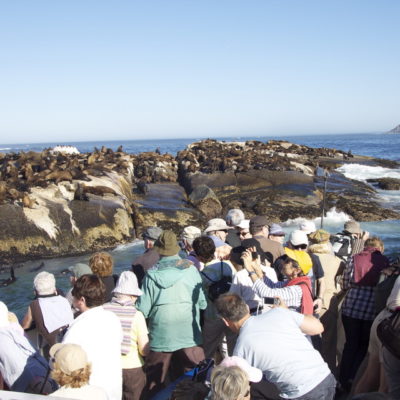 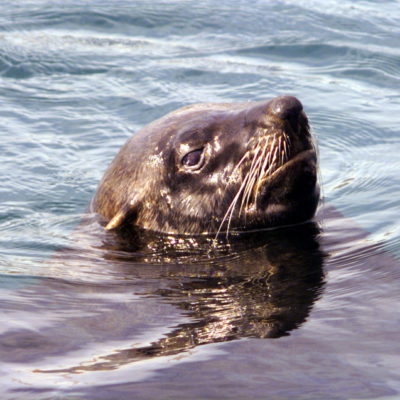 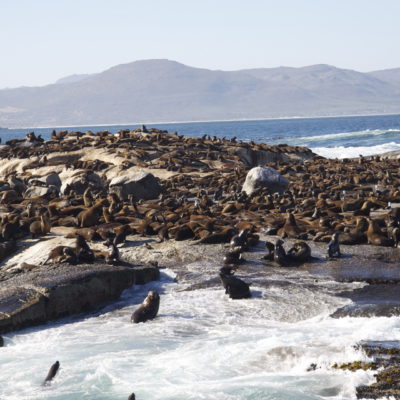 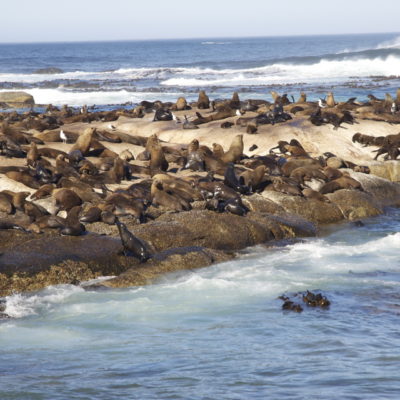 Please note that we are only on weekends at 12.00, 2.00 and 3.15.
We are available at any time for private charters for birthdays, team building etc.