This 1 hour cruise is one of our special signature trips to see the Cape Fur Seals at Duiker Island and then continues below the Kabonkelberg mountain range to Moari Bay notoriously known for its Shipwrecks. There you will be able to view the remains of the wreck of the Bos 400 which ran aground in a Cape winter storm in 1994.

When the Bos 400 was stranded in July 1994, she was one of the most powerful crane barges in the world, capable of lifting 1200 tons and valued at over 70 million US$

Being a barge, she had no main engines and had to be towed to wherever she was needed.

At the time of the disaster she was being towed into Cape Town docks for a refurbishment..

Unfortunately this was carried out in the winter of 1994 when the seas were very rough and the tug towing her was under powered. Two other tugs were dispatched to help but they could not get any tow lines on due to the stormy weather.

The tow line snapped and she drifted onto the rocks in Maori Bay.

A huge effort was made to salvage her but unfortunately was not successful due to the hull being irreparably ruptured.

All 14 crew members who were on board were airlifted to safety.

Over the years much of the wreck has disintegrated. 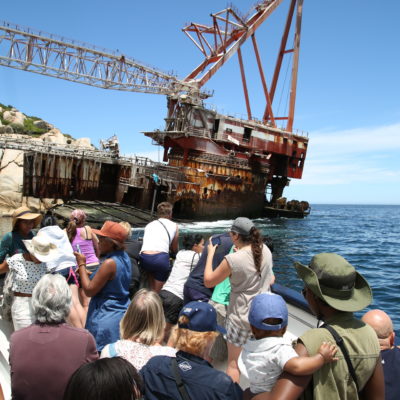 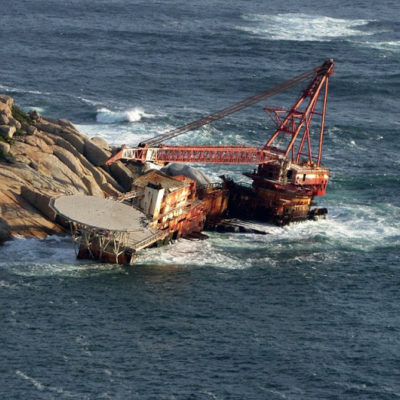 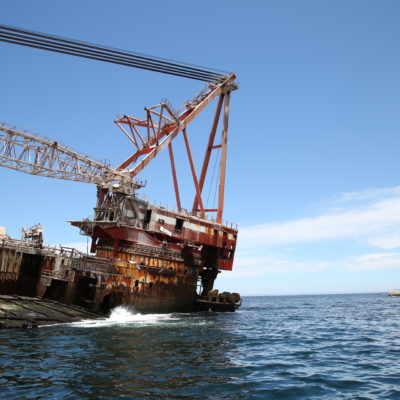 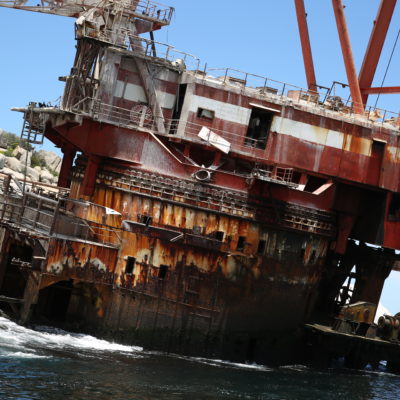 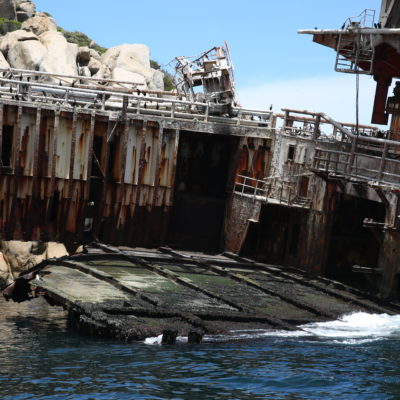 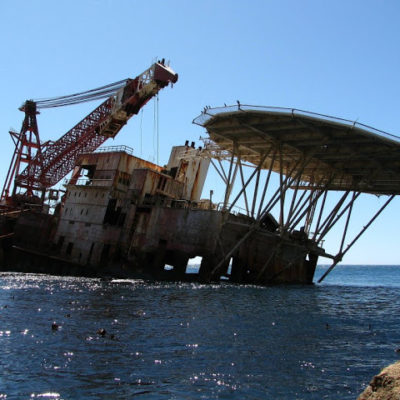 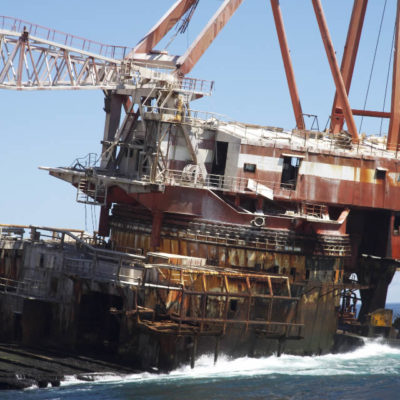 Maori Bay was named after the ‘SS Maori’ which sunk in the bay on 05 August 1909 in thick fog and drizzle.

She had set sail from Table Bay en route from London bound for New Zealand during a Cape winter storm. There had been 53 men on board and many lost their lives. The ships bell is in the Hout Bay museum and the anchor can be seen in the main road of Hout Bay. Another wreck lying in the bay is the Oakburn which went down in 1906. Maori Bay is a very popular diving site.