This is a 1 hour cruise which leaves from Hout Bay harbour to Duiker Island to view the Cape Fur Seals. From there the boat will cross the bay and travel back to the harbour along the cliffs and caves of Chapmans Peak..

Chapmans Peak is named after John Chapman who was the first mate of an English ship called the ‘Consent’ which was becalmed near Hout Bay in 1606.

The captain sent Chapman ashore to look for a safe anchorage and fresh water who then recorded the bay as Chapmans Chance. This name stuck and became official on all East India charts.It was also the first English name to be given to a geographical feature in the Cape. Until then it was Dutch and Portuguese names that were used.

In the early 1900’s Sir Nicolas Frederick de Waal, who was the first administrator of the Cape Province, ordered the construction of a road linking Cape Town to the southern suburbs. The road known as De Waal Drive was a big success and due to this he called for another road linking Hout Bay to Noordhoek.

Two routes were under consideration and although it was going to be costly and seemed impossible, De Waal decided on the more scenic route along the cliffs.

Construction started in 1915 with convict labour from the Hout Bay side and the following year work began from the Noordhoek side.

On 29 December 1999 a falling rock caused the death of a Noordhoek resident. Then in early January 2000 another motorist was killed on the drive due to rockfalls which was concerning as the weather conditions were good and the rockfall risk was not considered to be high.

Adding to this in January 2000 the worst mountain fires in many decades raged in the Cape Peninsula including in the mountains above Chapmans Peak Drive causing massive rock slides onto the road and Chapmans Peak was closed to traffic indefinitely.

There was a lot of work to be done and many decisions to be taken as to what was going to be the best solutions to repair the road and make it safe to traffic.

Extensive work at a cost of R156million was undertaken on the cliffs, road surfaces and bridges to make the road safe.

Measures to contain the loose rock and soil on the mountain side include concrete cladding of the mountainside, catch nets and a half-tunnel excavation.The catch nets are of Swiss design and constructed of intertwined steel rings with fiction grips .

The half tunnel ,or overhang is the first in the country. It allows falling rock and soil to overshoot the road and roll down the steep mountainside.

Chapmans Peak drive was re-opened to traffic as a toll road on 20 December 2003 much to everyone’s joy as it is an international tourist destination.

However the upgrade was put to the test in July and August 2004.Serious rainfall caused further rock slides resulting in damage to the catch nets and the drive was closed again for 55 days to clear the debris and replace 4 of the nets.

The much loved and travelled road was back in the news again when Chapmans Peak was once again declared unsafe for use and in June 2008 was closed for major upgrades and repairs.

This took over a year and eventually the road was reopened on 09 October 2009.

Since then it closes temporary for routine maintenance and during dangerous weather conditions.

It is truly one of the most scenic and breathtaking roads one can travel and should definitely not be missed. 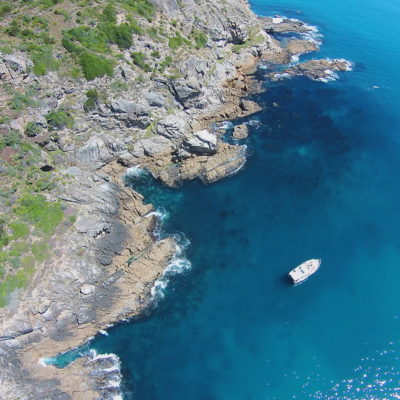 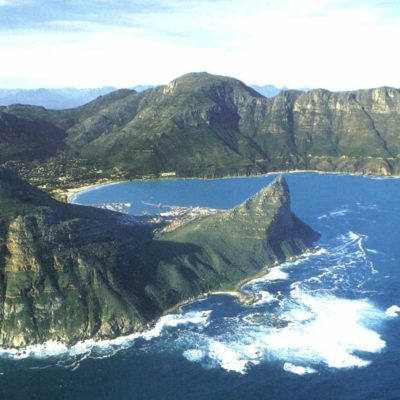 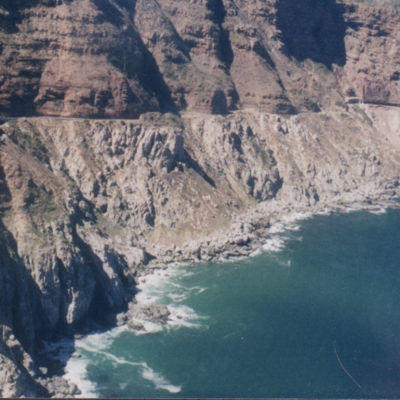 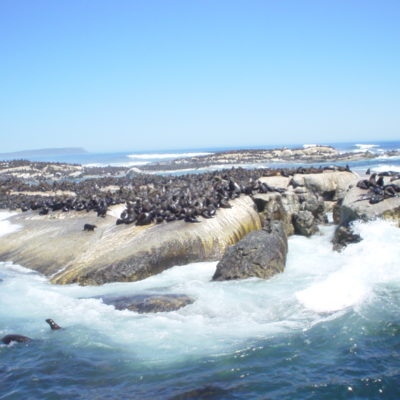 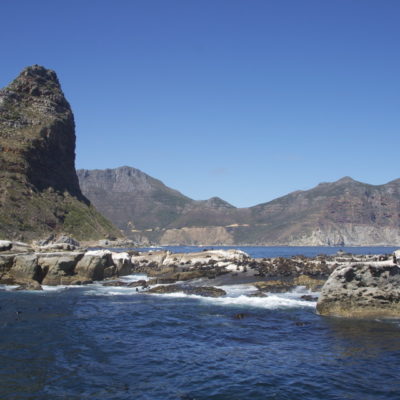 The huge colony of seals on Duiker Island is visible from a few meters as we take you right up to the island for great photo opportunities.

Once we leave the island, we head across the bay to Chapmans Peak. The raw beauty of the sheer cliffs battered by the fierce Atlantic can be truly appreciated from sea level.